MonaLisa Touch® is the first laser treatment for menopause-related problems to be approved by the international medical community.

Professor Stefano Salvatore, Director of the Functional Unit of Urogynaecology at the San Raffaele hospital in Milan, is among the authors of international publications about MonaLisa Touch® and will shortly be appointed as the new president of EUGA, the European Urogynecological Association

April 2015 – Over the last year six articles have been published by the most prestigious international scientific reviews confirming, including by the scientific community, the effectiveness and safety of the MonaLisa Touch® CO2 fractional laser treatment.

This is a unique result, obtained by banking on professional and scientific rigor: DEKA is the first and only company in the sector to have received approval at worldwide level, in international scientific publications, in regard to the validity, effectiveness and safety of CO2 fractional laser treatment used to combat menopause symptoms.

MonaLisa Touch® is a mini-invasive laser procedure treating the effects of ageing on the internal tissues of the female genital apparatus with an advanced vaginal photorejuvenation technique. The technique is based on the SmartXide2 system, which guarantees reliability and a very high performance level thanks to a CO2 laser source which emits a pulse, specially developed for this type of treatment.

The CO2 laser, controlled by appropriate computerized systems (exclusive DEKA technology), determines a regenerating action of the aged fibres and induces production of new collagen, so as to correct the volume of the mucous membrane and remodel it, also restoring hydration and elasticity effectively and painlessly.

The therapy, generally completed in ten minutes, can give benefits right from the first treatment. Further, it has no collateral effects and is also good therapy for the treatment of vaginal tissue following operations for gynecological tumors (ovaries, uterus) and breast tumors.

The worldwide scientific community has found evident improvement in the patient’s quality of life: the symptoms of vulvovaginal atrophy, including burning, itchiness, dryness, dyspareunia, laxness and problems connected with urinary incontinence, are significantly reduced at 12 weeks from treatment with MonaLisa Touch®. To this can be added an improvement in women’s sexual life when they have undertaken this laser treatment (International Menopause Society).

In general, 91.7% of patients are satisfied or very satisfied with the treatment. Moreover, no collateral effect has been encountered, thus also confirming the safety of the MonaLisa Touch® CO2 laser treatment (Maturitas).

At twelve weeks from use, the laser has been effective in reducing dyspareunia in 100% of patients, all satisfied by the results obtained (Journal of Endometriosis and Pelvic Pain Disorders).

Studies carried out confirm that the microablative CO2 fractional laser can induce a remodeling of the connective vaginal tissue without causing damage to the surrounding tissues (The Journal of the North American Menopause Society).

Professor Stefano Salvatore, Director of the Functional Unit of Urogynecology at the IRCCS San Raffaele hospital in Milan, soon to become the president of the European Uro-Gynaecological Association (EUGA), is the author of four publications on the MonaLisa Touch® and is among those who have contributed to the validation of the methodology: “When, five years ago, with Dr. Zerbinati (dermatologist) and Professor Calligaro (histologist), we began clinical and scientific validation of the MonaLisa Touch procedure, I did not expect such outstanding results. The simplicity, mini-invasive nature and safety of the procedure, performed totally in day hospital and which requires no other type of preparation such as analgesics or anesthesia, constitutes a true revolution in the gynecological field. In a short time we succeeded in getting important and incontrovertible results, which also took into account the perception of women with respect to post-treatment improvement. Italian and overseas physicians came to us to learn how the therapy functions and today MonaLisa Touch is present all over the world. Prestigious U.S. centers (such as Stanford University or the University of Cincinnati), after a short training period held by us, have commenced using MonaLisa Touch with great enthusiasm and have obtained results of the same level attained by us. Today women live more than a third of their lives after menopause, thanks to various medical-social and behavioral factors. I am glad to be able to say that MonaLisa Touch contributes to adding quality of life”.

For corporate or product information, visit DEKA’s website at 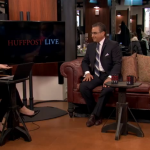 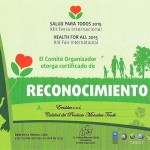