MonaLisa Touch®, the innovative system of vaginal rejuvenation that is proving such a hit in many countries, including Italy and the United States, was presented last December 10 to the specialist press and to the industry in the Republic of China. From Italy a Special Preview, as the event held at and in conjunction with the Italian Embassy in Beijing was called, was attended by various members of the medical sector, directors of hospitals and private clinics and the specialist press. Guests included representatives from major Chinese search engines and some of the most popular local blogs. The event began with greetings from Italian Ambassador Alberto Bradanini who expressed his hope for greater and more active collaboration between Italy and China in the medical field. There were a number of speakers: Mauro Galli (DEKA International Sales Director) presented the El.En. Group, the group holding company to which DEKA belongs, Riccardo Stocchi, China Sales Manager, presented DEKA and MonaLisa Touch® illustrating the market opportunities and finally Prof. Nicola Zerbinati, of Varese University, explained the treatment from a clinical point of view and the background scientific studies that make MonaLisa Touch® the only scientifically validated method. They were followed by the testimony of Prof. Yang (Head of the Dermatology Department at Beijing Hospital) and Prof. Gao Zhiqiang (Surgical Division Director at the Union Hospital in Beijing) who spoke of the reliability and professionalism both of DEKA and the SmartXide2 system which has been used for surgical applications. “We have great expectations for China, which is for us a very strategic market”, said Mauro Galli (DEKA International Sales Director). We hope that a significant and fruitful partnership will be born.”  DEKA has a unique product, with no similar competitor in a market that is looking for total well-being. The wellness market is actually growing in China and MonaLisa Touch® is a perfect fit in this context. Our motto is to act step by step, especially in difficult new markets such as China, went on Mauro Galli. We will assess reactions to this event, and if all goes to plan, we may repeat the presentation in other cities such as Shanghai, for example. China is indeed great and Beijing is only one part of it! ” From the point of view of distribution, we have reached agreements with some companies with connections in both the public and private sectors. Our goal is in fact to reach hospitals and medical SPAs – private clinics which are growing strongly in China”. As Riccardo Stocchi (China Export Manager) says “We have also established partnerships with hospitals in Beijing, Shanghai and Chengdu, which are conducting clinical trials on the treatment of vaginal laxity, both after childbirth and in menopause, with MonaLisa Touch®.” China is an important strategic goal for DEKA and the event marks a first step towards a role that we imagine will continue to grow. The benefits that the MonaLisa Touch® treatment can bring this country is a concrete contribution and a significant innovation for the welfare of Chinese women. 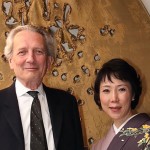 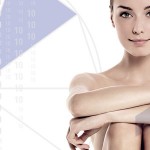